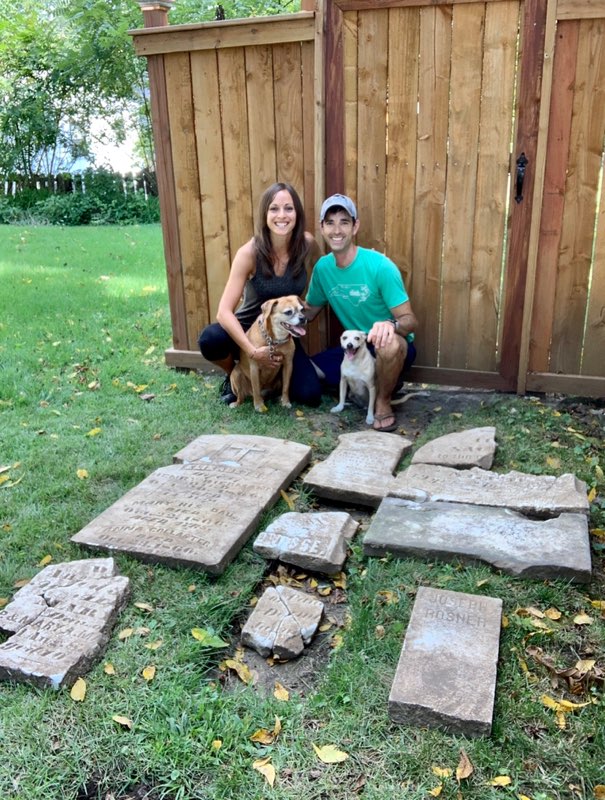 On the west side of St. Ferdinand Street near the Florissant Valley Fire Department is a small park. People busy with their day, drive by this area without a thought or even knowing that what is now known as Spanish Land Grant Park was once Florissant’s first cemetery.

Rosemary Davison writes in her book, Florissant, Missouri, 2002, “The Spanish commandant gave to the villagers of Florissant land for a burial ground in 1788 and the graveyard lot at St. Ferdinand and St. Denis was confirmed in 1825 as recorded in volume III of the American State Papers.”

“With the passage of time the old graveyard was not maintained and the City Council declared it to be a nuisance and ordered all bodies removed before March 18, 1900. Prominent figures from the early settlement including the Commandant had no one to arrange for the removal of their bodies.” Some families paid to have their ancestors moved to the new St. Ferdinand Cemetery off of Manion Road. Others could not to afford to do so and quite often ancestors were impossible to find as they were buried in unmarked graves or buried 5 deep to one grave. Contrary to church beliefs, many of the buried remained in the old cemetery. Davison continues, “Convinced that all bodies had been removed from the old cemetery, the parish brought in bulldozers in 1958 to level the lot for a soccer field and uncovered row after row of caskets. While quickly covered when the spring rains came, the caskets were again exposed and topsoil was brought in to cover them. Now the property of the Archdiocese of St. Louis, numerous requests were made by the Florissant City Council, Park Board, Historical Society, and the Florissant Valley Reporter to improve the lot. In 1964 a request was made for permission to erect a common marker for those lying in unmarked graves. Nothing happened until 1967 when St. Louis County widened Graham-St. Ferdinand Street and once again caskets were uncovered. This time those uncovered were quickly removed and reburied in Sacred Heart Cemetery. In 1976 since the Archdiocese still refused to acknowledge the block as a cemetery, St. Louis County and the City of Florissant under the bicentennial program were able to purchase the ground for a passive park called Spanish Land Grant Park.”

Whether it was during the removal of bodies before March of 1900 or when bulldozers uncovered caskets in 1958, buried tombstones were unearthed and removed by descendants or the general public. Fast forward to 2020, when Cody Miller and Lauren Merz along with their two pups Olive and Zepplin discover tombstones in their own backyard! Stones used as paving blocks for a walkway are actually pieces of tombstones. Once reassembled like a puzzle, it is easy to see these grave markers belonged to some of Florissant’s earliest residents from the 1800’s. With a little research, Historic Florissant, Inc. identified the tombstones as belonging in the old St. Ferdinand Cemetery (Spanish Land Grant Park) with the remains of those identified most likely still interned at the same. Cody and Lauren plan to donate the stones to Historic Florissant, Inc. who intend to create a display at Spanish Land Grant Park. One stone reads, “Sacred to the memory of Michael Connor, Native of Wexford Ireland, Who departed this life Aug. 2 nd 1822 aged 74 years, Also Ann Murphy Consol of Michael Connor, Who departed this life Aug. 31 st 1822 aged 64 years. May their souls Rest in Peace, amen.” 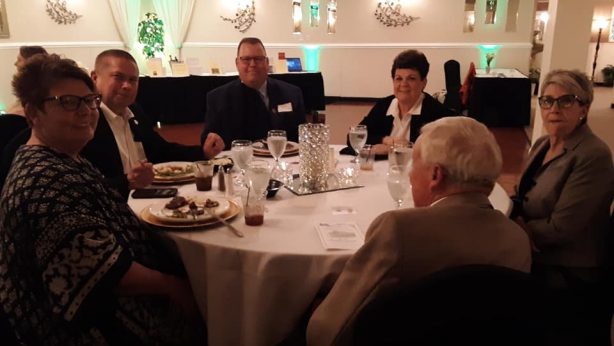