Most everyone agrees Florissant has a rich history and our landmark homes and historical sites make Florissant a unique place in which to live and work.  Our historic landmarks are the jewels of Florissant.  Without these properties, Florissant would be just another tiresome city.  There are two properties that need our immediate attention; the Bockrath Weise House and the Ouvre-Bellissime House.

Henry Bockrath built this house prior to 1870.  Henry was born in Osnabrock-Hanover, Germany on December 13, 1836.  He left Germany when he was 15 years old.  All of his possessions were stolen when he landed in New Orleans so he worked as a shoeshine boy on a steamboat which brought him to St. Louis. He found work with a merchandise firm and soon owned his own store.

Henry married Mary Elizabeth Lott and moved to Florissant where he built this beautiful German farmhouse and a grocery store at St. Denis and Jefferson (Hendel’s Restaurant). Henry and Mary had 12 children, 6 of which were born in Florissant.

The Bockraths sold the farmhouse to Henry Kirschburg in 1878 who passed it on to Margaret and George Wiese in 1904.  George Wiese came to Florissant from Hanover, Germany and married Margaret Busken at Sacred Heart Church in 1875.  On September 14, 1910, Joseph, son of Margaret and George, married Adelaide Ellebracht in the same parish church.  They lived in the farmhouse and had 9 children.  Joseph died on May 24, 1960.

The city of Florissant purchased the last of the farm acreage and the Bockrath-Wiese farmhouse in December of 1976 to add to an earlier purchase that created St. Ferdinand Park. When the property was sold to the city, one of the conditions of the sale was that the house would be preserved and restored.  The city handed that responsibility over to Historic Florissant Inc.

While the city intends to budget for basic structural restoration, more immediate funding is needed for plaster, wood, paint, cleaning supplies, lighting, plumbing and furnishings. We need the public’s help in providing much needed funding.  Grants are being explored and at this time there are no opportunities for brick and mortar type funding.  Please consider donating to this project using the PayPal link below:

To donate by mail simply send a check or money order to:

To pay by phone with a credit card or to volunteer to clean, remove mold, remove wallpaper, paint, repair wood floors, etc.  please call 314-565-1468. Your time and generosity will be greatly appreciated by all who enjoy this National Landmark in our city park.

This historic French landmark is in peril!  Privately owned, it has changed hands numerous times in the past few years and has fallen into grave disrepair which is especially disappointing due to the fact this property was first owned by a Revolutionary War hero, Alexander Bellissime. Alexander was a French soldier who came over with Lafayette to fight the English in the War of Independence.  According to family legend he saved Lafayette’s life three times.

The chain of title for this circa 1830 house reads like a Who’s Who of Florissant. Bellissime sold the property to a prominent Florissant settler, Louis Ouvre, who settled in Florissant in 1791 and was a trustee of St. Ferdinand Church.  From Ouvre the home transferred to families such as Belleville, Tison, Steudeman, Desilet, Castello, James, Bullard, Baillet, Heur, Tegethoff, and more.  Many of these families contributed to the formation of the township of Florissant by owning businesses, holding public office or through active participation in the church.

With the level of structural damage and code violations, this property will be very costly to restore.  Historic Florissant is in search of a private investor, investors who may be interested in forming a consortium, or a party interested in purchasing the property for either their own use or to donate it to Historic Florissant, Inc.  Please contact Gina Siebe at 314-565-1468 for more information. 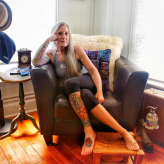 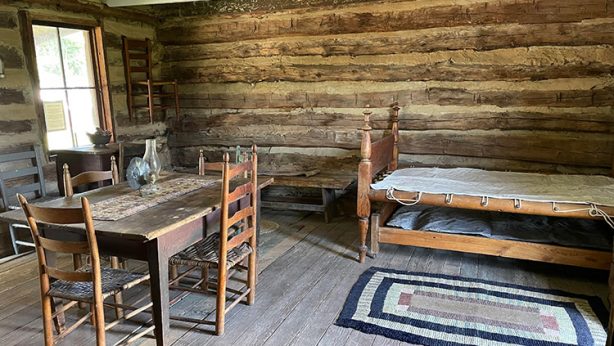 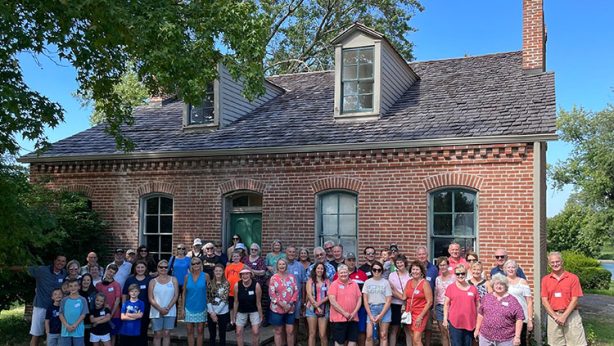